Everybody told me that time would fly after I had my son. I knew it would, but I still can't believe he's already 3&1/2! Next Monday at daycare he moves on to Room 8. He started in Room 1 at just 6 weeks old, and he's already going to Room 8?! And he'll start kindergarten in just two short years?! Time does fly. He learned so much and really enjoyed his time in Room 7, so I decided we needed to make some thank you cards for his two teachers. I used a word processing program to set up a file that would print a blank thank you card. 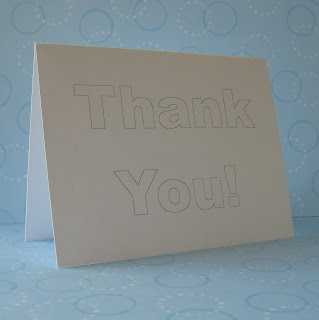 I would like the outline to be a little darker, but haven't figured out how to do that yet. My son used markers to color in the letters. 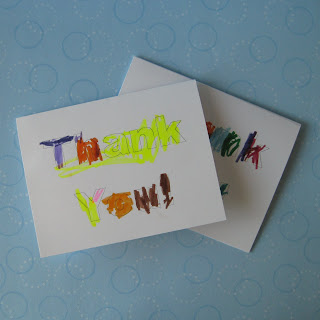 I think I'll trace the letters in black marker since some of the letters are hard to see. I also colored a card which didn't turn out that great. It's difficult to color with a Pip-Squeaks marker. 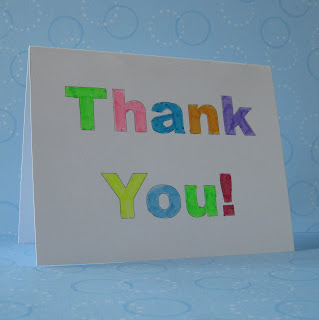