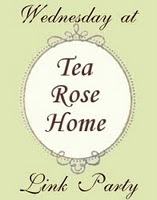 I've been wanting some fancy markers for my herbs. I've been using the tags that came with the plants--it's functional but boring. I tried to make a stamped spoon marker using this tutorial from Crap I've Made except mine turned out like crap. You can't see that it says "basil" because I did such a terrible job with the stamping. 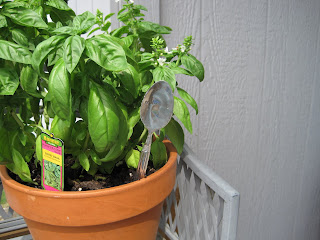 So I decided to get out a set of alphabet rubber stamps and my trusty StazOn ink and stamp directly onto the pot. It would have been a lot easier had I done this before I planted the herbs, but it still turned out pretty well. 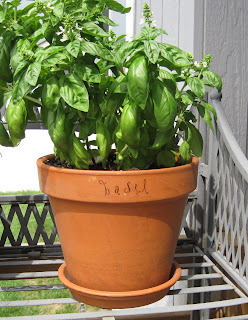 I chose a stamp set that was kind of curly so the stamping didn't have to be perfectly straight. My oregano-- 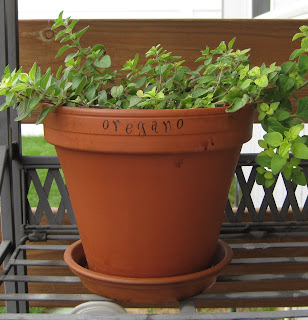 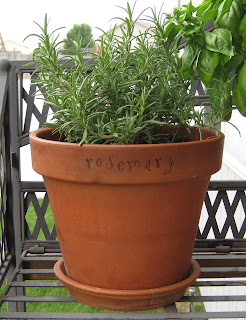 The ink is permanent, so we'll see how it holds up to the elements. I figured it was worth a try since I plant the same three herbs every year. Thanks for looking!
Email ThisBlogThis!Share to TwitterShare to FacebookShare to Pinterest