I think I have a paper problem. I have more paper than I could ever use, but I bought even MORE. I was at Archiver's, and they had American Crafts packs on clearance for 50% off. I debated forever since I didn't need it. I finally decided on the "Play" pack but put it back on the shelf at least twice. Then I bought it before I could talk myself out of it again. :) I used some to make a card for Kazan's Sketch 33 at 2 Sketches 4 You-- 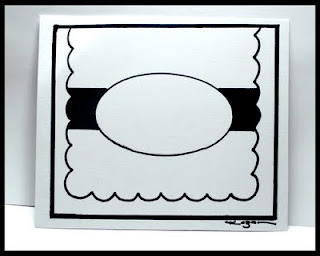 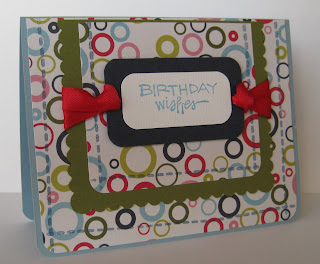 I also bought some scalloped flat cards. I don't like cutting scalloped borders freehand because they never come out right. Thanks for looking!
Email ThisBlogThis!Share to TwitterShare to FacebookShare to Pinterest