I can't believe I had time to make just one card this week. But the basement is almost completely cleaned out (finally!), and I did work on some sewing projects. There just isn't enough free time for all the fun stuff. I used Kazan's Sketch 29 from 2S4Y: 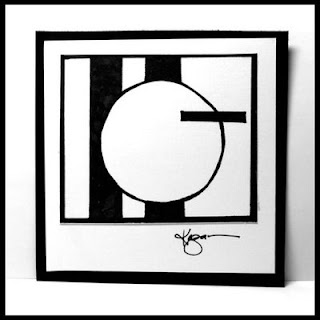 My card idea was one of those that was really nice in theory, but it didn't turn out exactly like I wanted it to. 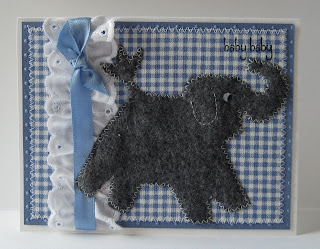 While cleaning the basement, I found so many scraps of fabric, ribbon, and other stuff that I used some on my card. I've used the felt elephant before, but he's so cute I used him again. My good friend just had her second baby boy, so I think I'll send this card off to her. Thanks for looking!
Email ThisBlogThis!Share to TwitterShare to FacebookShare to Pinterest